Michelle Robinson was born on the South Side of Chicago. From her modest beginnings, she would become Michelle Obama, the inspiring and powerful First Lady of the United States, when her husband, Barack Obama, was elected the forty-fourth president. They would be the first Black First Family in the White House and serve the country for two terms. Growing up, Michelle and her older brother, Craig, shared a bedroom in their family’s upstairs apartment in her great-aunt’s house. Her parents, Fraser and Marian, poured their love and energy into their children. Michelle’s beloved dad taught his kids to work hard, keep their word, and remember to laugh. Her mom showed them how to think for themselves, use their voice, and be unafraid. But life soon took her far from home. With determination, carefully made plans, and the desire to achieve, Michelle was eager to expand the sphere of her life from her schooling in Chicago. She went to Princeton University, where she learned what it felt like to be the only Black woman in the room. She then went to Harvard Law School, and after graduating returned to Chicago and became a high-powered lawyer. Her plans changed, however, when she met and fell in love with Barack Obama. 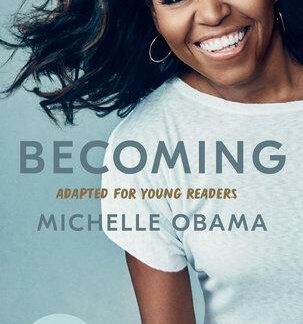